Monitoring the health of our terrestrial and aquatic environments can be a vast undertaking.

For years we have been engaging the community that live near these environments to help champion these efforts. Utilizing non-professionals in large-reaching scientific studies is called citizen science. Seneca Park Zoo has a number of biosurvey and citizen science-based programs which are very hands-on and try to promote stewardship of our area.

In our biosurvey and citizen science programs, program participants learn how to observe and document plants and wildlife in the area. They are taught to create and post to a number of citizen science platforms so their hikes and time in nature can contribute to science.

iMapInvasives is an important tool in the early detection and remediation of invasive species, our staff reports on invasive species with this platform and teaches program participants .

Photographer and environmentalist David Liittschwager has been documenting the biodiversity of ecosystems around the globe for more than a decade. Using a one cubic foot frame set into nature, he records everything that moves in and out of the cube within the equivalent of a 24 hour period, and creates a stunningly beautiful portrait of the rich biodiversity of one tiny piece of the world, whether in the rain-forest in Costa Rica, in a treetop in Capetown, in the coral reef, in Central Park, and now, in the Genesee River. Liittschwaager is the author of A World in One Cubic Foot: Portraits of Biodiversity and numerous other books of photography of endangered plants and animals. His work has been featured by National Geographic.

The Seneca Park Zoo-led the replication of One Cubic Foot in the basin of the Genesee River – to assess and spotlight the health of the river – provides a portrait of the biodiversity in its ecosystem. Once declared one of the United States’ most polluted rivers, the Genesee River is being brought back to life through the efforts of many, allowing the reintroduction of North American river otters and lake sturgeon. By providing invaluable scientific information and baseline data regarding the plant and animal species now living the in the Genesee, One Cubic Foot heightens awareness of water quality and other environmental issues in the river.

With generous support from: 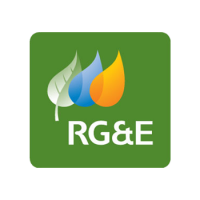 Play
Play
Play
Previous
Next
Read about One Cubic Foot

FrogWatch USA™ is the Association of Zoos and Aquariums’ (AZA) citizen science program and provides individuals, groups, and families opportunities to learn about wetlands in their communities by reporting on the calls of frogs and toads. At Seneca Park Zoo, we host free FrogWatch USA™ training sessions where our chapter coordinator will teach you about local frogs and toads and when each can be heard calling. Participants also learn how to identify species by call, locate and register a wetland site, and collect observations to be submitted to the nationwide online database.

SPZ runs projects on the iNaturalist citizen science platform. Participants in outdoor programs are taught how to contribute to science through use of the app. That data is then used in our outreach programs to teach about nature in Western NY. Plus, check out the City Nature challenge— a yearly biosurvey contest on iNaturalist. It includes nearly 200 cities worldwide and is ran over two weekends in the spring. You can participate by following our profile:

Since 2010, the Urban Wildlife Institute from Chicago, IL has conducted a groundbreaking study of Chicago’s urban ecosystem, using camera traps and acoustic monitors to track the behavior of wildlife. Now multiple cities have adopted this study, and Seneca Park Zoo leads the efforts here in Rochester.  We are part of a nationwide network called the Urban Wildlife Information Network (UWIN).

The Urban Wildlife Information Network is a partnership of researchers across the country who use the wildlife-monitoring protocols to understand the ecology and behavior of their own urban wildlife species. By comparing our data from city to city, we can understand why animals in different cities behave differently, and what patterns hold true around the world. This knowledge is what we need to build smarter, greener cities that can be part of the solution to the biodiversity crisis.

A yearly biosurvey contest that is ran on iNaturalist.  It includes nearly 200 cities worldwide and is ran over two weekends in the spring.  https://citynaturechallenge.org/    People that want to participate can follow our inaturalist profile

GLOBE (Global Learning and Observations to Benefit the Environment) is a citizen science platform to report on and explore atmospheric and soil data across the world. The Seneca Park Zoo is part of a larger group of schools and organizations working with Institute for Research in Science Teaching at Fredonia.

Every day is a great day to visit the Zoo. Experience life on the wild side, enjoy up-close animal interactions and support global conservation efforts—right here at the Zoo. Reserve your tickets now for quick and easy entry, and enjoy more time connecting with wildlife.